Are you Crazy!
Posted by Montana Test at 6:51 AM No comments: 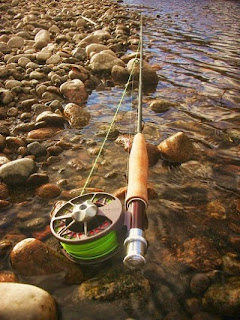 There are a lot of fly rods out there, from “Starter Rods” to “Bank Breakers”. I’ve been using mostly mid-range rods in recent years, some good, some not so good and a few that gather dust only in coldest of months. I got my hands on a “Wild Water” HX5-90-4 about a month ago and passed up two chances to try it before taking it with me the middle of last week. Who knows what the “HX” refers to but the “5” is the line size, the “90” denotes the length (9’0” I’m guessing; as opposed to “95” for 9’6”) and the “4” is the number of sections. So much for all of that.

This trip required less hiking than my two earlier trips and seemed to be safer considering the disappointment a bad rod might bring after a long walk up and a longer walk back. For me, fall in Montana means a transition from hoppers to hopper-dropper combinations or size 16-18 dries. I still need to work on my nymphing skills so I decided to combine approaches and tied on 2011’s magic hopper with a size 12 nymph dropper 15” aft. The water was clear and 55 degrees. Flow was dramatically down and finally about right for early September though it was already early October. As expected, there were no cars in the access site’s lot when I arrived about 10:30 AM. The weather report had warned me of an approaching cold front and it was hanging over the mountains to the west as I began the 400 yard trek upstream to a flat that almost always produced fish.

On the third or fourth drift my hopper-indicator took a sudden dive thanks to a hearty Whitefish (I call them Prairie Trout). I had to remind myself that I was working, not fishing – what an awful distinction to have to make. I wasn’t yet making casts more than about 30’ and could really not sense any difference the “Wild Water” had over other rods I regularly used. It felt about the same as the $200 versions I frequently relied on but it retails for $108. The only difference so far was the smoothness of the cork handle, partially due to its virgin condition and partly due to the texture of the cork itself. It had a tighter grain and was “smoother”. Seems that is a good thing.

Fishing was typically slow for the edgy weather and I increased the length of my casts to reach areas others might not throw too. The “Wild Water” reached my spots with relative ease as it should but, as I continued to stretch out, I noticed the butt cap (behind the reel seat) is configured in such a way that it would catch my watchband. That was a first for me and is an unfortunate design. Compared to a dozen rods, the lip of the cap is prone to snagging. Is that a big deal? Would it keep me from buying a hundred-dollar rod? Probably not.

Most rods have a hook keeper wound in front of the winding check at the top of the grip. The “Wild Water” does not. And, speaking of the winding check, it looks cheap. Now I can see how saving a penny or two helps keep the asking price near a hundred-dollars, but some economies are just silly. I am into appearance. Would I want my wallet to appear fatter at the sake of a cheaper appearance in my casting hand? Again, probably not. I do have to say the matte olive finish of the rod takes me back the other way. It doesn’t look cheap at all. It looks great. Hopefully, it will hold up.

So, I’ll take a grinder to the butt cap and apply some bright red nail polish to the winding check. And, I’ll put my watch in a vest pocket. Then maybe no one will recognize that I’m using a hundred-dollar rod. After all, in its maiden voyage, it cast like a champ.

I’ll keep using the “Wild Water” on occasion and report back. If you don’t hear more from me in a year or so, that will be a positive review. If you do, “probably not”. One thing for sure, I won’t be giving this rod as a gift to anyone I suspect might check to see how much I spent on it.

You can purchase at http://montanatest.com/rating-results/readresults.php?result=577

Jim Abel
Posted by Montana Test at 11:11 AM No comments: 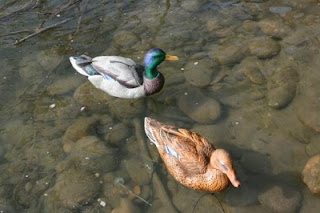